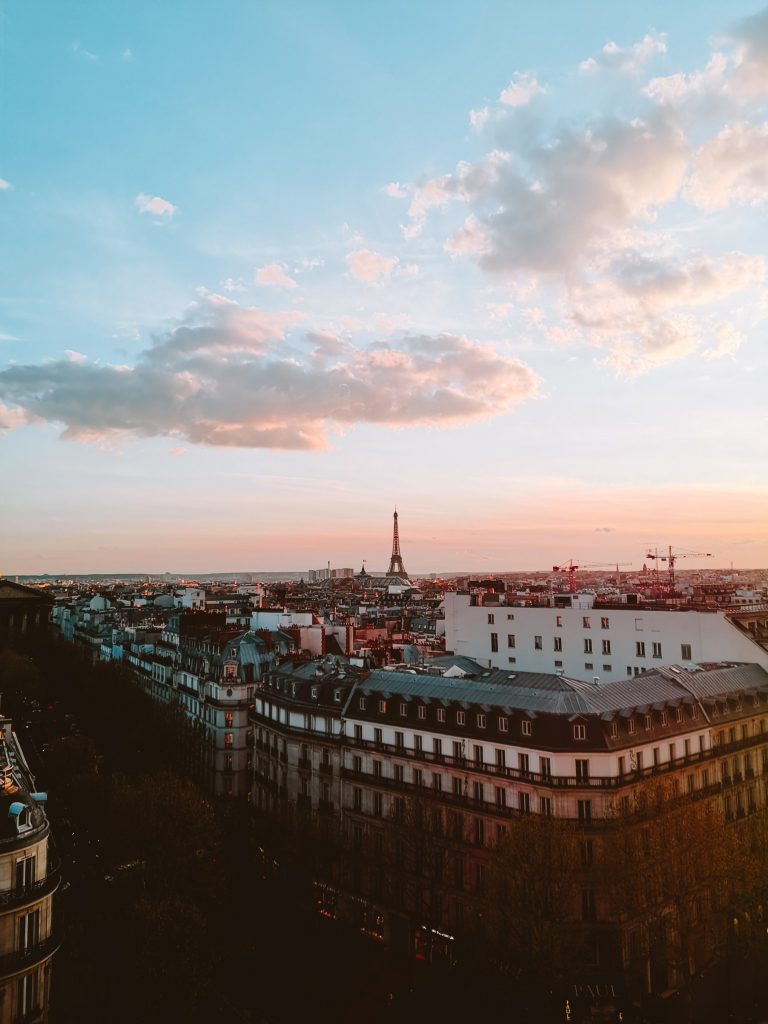 One of the comments I often get when people learn that I speak Dutch, French and English is: “You must have a talent for languages”. This always annoys me a little bit. People see the word “talent” as the number one explanation of why you can do something that they cannot. In a way, it’s almost an excuse for them. It’s even more ironic when I think of my journey learning French: I’ve never had much of an ear for languages. My journey has been long, but I made it. And you can too.

My French story actually goes way back to when I was about 5 years old. I’m from a small city in the Netherlands, where immigration was rather rare, especially at that time. However, there were multiple foreign companies and quite some expats, as the city is close to a port.

A. joined our class one day. Her sister was in the class above us. As the children of expats, they just showed up one day. Almost as sudden as they would disappear four years later. Within these four years, she became one of my best friends, though. The rapidness that children have in learning a second language is just mindblowing.

I think that no one would notice that A. wasn’t Dutch at that time. Never, except for when she was arguing with her sister on the school grounds. The ease she had in changing between two languages was fascinating to me. A. mastered a secret language, and I promised myself that I was going to unravel it. I kept that promise to myself.

When I first went to secondary school at the age of 12, I was thrilled to finally start learning French. I remember feeling super proud of learning my first French word (“parapluie”). Little did I know that I was in for a rude awakening. I was really bad. Like, really bad. My grades barely ever got over 6 out of 10 (5.5 was a pass, but still bad). I would spend hours learning for exams and I would still not pass. I just couldn’t do it. My teacher actually felt bad for me and frequently gave me some extra points because she saw how desperately I was trying. The same happened to me in German class, by the way. I would fail every exam and then compensate my average grade with practical assignments such as making a video or a presentation. And this would go on for two years.

English has been the only language exception. I don’t even know of any Dutch people of my age that don’t speak it. You have to take into account that we’re surrounded by English from a very young age, as Dutch television doesn’t get dubbed (not even commercials). The music we listen to is English. Most product packagings are English. We kind of just learn English along the way without putting much effort into it.

In my third year, I dropped German. But for some reason, I never dropped French and it was even one of my A levels. I passed the final exam with a 6/10. Still not great, but hey, at least I passed.

My life after A levels

I made a little detour in my professional path as I wanted to become a history teacher. No more languages, just history and teaching classes. Long story short, that didn’t work out.

I decided to study international business instead, as I had always been interested in the expat life and travelling for work seemed like something I would enjoy. There were two options when studying IB. Either I’d take loads of finance classes, either I’d take language classes. If I was bad at languages, I was a disaster in maths. And I had finished my A levels French after all. And I could start Spanish at a beginners level. No problemo.

What was I thinking? Not only had I not been working on my (high school level) French for over one year, my classmates also seemed to all have spent time as an au pair and were way ahead of me in all languages. Spanish proved to be the second German. No matter how hard I would study the grammar, I just wouldn’t get it. Even after 6 months in Spain, I would still only be able to produce a handful of sentences. Classes were a disaster there by the way, as I was just praying for the full hour that the teacher wouldn’t ask me any questions.

All my hopes were focussed on French, but a 6-month internship in Paris proved to me that I hadn’t actually learnt a lot. Not only was my French super rusty, but I also only knew very schoolish words. I was able to understand 30% of what was said and maybe 40% of what I read. Most people at my internship were Dutch so I wasn’t forced to leave my comfort zone. I got some more confidence after I got back, but I still wouldn’t be able to keep up a conversation. Super frustrating.

In my last year of IB, I decided to do another internship abroad. My initial idea was to find one in Ireland or Canada, but I failed to find something. I had almost given up on my dream of learning French at this time, but for one last time, I decided to go back to Paris.

I applied for multiple internships, of which one was for a big and well-known cosmetics company. The interviews were in French and all I can say is that it was horrible. I listened to a monologue of about 20 minutes (very French, I now know) and said maybe 5 phrases that I had studied before. They offered me the internship, which I declined as I had been doing interviews with a start-up at the same time. These interviews had been in English and the job really interested me.

28 August 2017 I had my first internship day. I went to the office, in good spirits. When I arrived I had problems opening the gate and I rang the bell. One of the people I had spoken to during my interview came out, he was the general manager. I greeted him in English, he replied to me in French. Bonjour Celine, nous allons parler en français. Or something like that. The guy had instructed the full team that everyone was going to speak French to the foreign girl. It would help me integrate. Never trust the French.

It’s a lonely road to the top

The first 4 months were the hardest. I only understood about 50% of what people were saying. I was also afraid to say something stupid because I hadn’t understood the topic. Whenever we had meetings that I didn’t understand, I would take notes in Dutch saying: “I don’t understand this but it seems important”, just to make it look like I understood anything. While everyone was laughing at lunch, I would return to my desk early or take a walk outside to call a friend. If on one workday I said more than 10 sentences to two colleagues, that would have been a victory to me. I felt super lonely.

Looking back at it I am actually super proud that I had the perseverance to keep going and not just switch to English as most of my colleagues would understand me perfectly fine in English. I guess I never really take the easy road.

After four or five months of what I can only describe as being in French language prison, it finally clicked. I started to pick up more words and became less shy. A little over 20 years after promising myself that I would learn French, I was finally having conversations. They were far from perfect, but good enough that the general manager offered me a temporary contract. One year after arriving in France, I had a meeting with him and he complimented me on how I had mastered French in that year. A full-time contract followed.

After my journey learning French

According to this website, 13% of the global population is trilingual. I noticed that languages are a huge advantage on the job market and I’m currently considering to start learning a fourth.

If it could take less than 20 years this time, that would be great.

This has been my journey learning French, and you have made it all the way to the bottom of this article. Do you speak a second or third language? Share it in the comments! 🙂 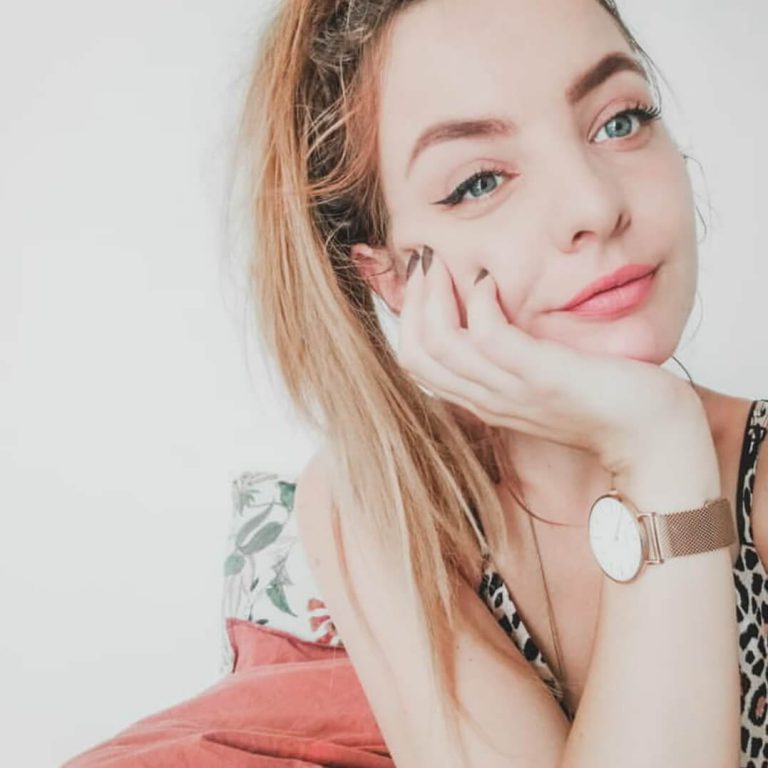 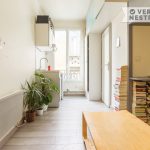 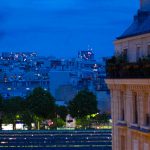 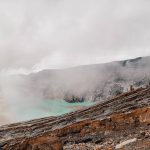 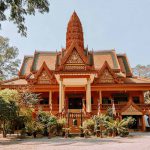 Maybe you’re done with the touristy Thai beaches, Angkor Wat has been on your bucket list for a while now or you’re just trying to find out what Cambodia has to offer… This guide is...